This weekend saw the G7 finance ministers meeting in the frozen arctic of Canada. G7 you ask? How very old fashioned – didn’t the G7 go the way of the audio cassette and the VHS? Surely the Group of Seven has already been supplanted by the G8 (adding Russia), which has itself been overtaken by the G20 (adding everyone else) economic forum.

Well have I got news for you….G’s never die. They just sit there, having regular meetings in obscure places, waiting for their moment in the sun to thaw out and show that they still have relevance. And this has never been more true than the G7 which includes US, Japan, UK, France, Germany, Italy Canada. It is the one group of countries that meet at all levels where the parties seem to like and understand each other and get things done. And it seems to be returning to something of its roots as a place where “things get done”.

For this meeting, the Canadians had chosen the frozen arctic town of Iqaluit where Eskimos, Igloos and Huskies were the home for the finance ministers and central bankers from the richest seven countries. It may be a physical world away from the elegance of Rambouillet where the original G6/7 summit was held in 1974, but actually had a lot more in common with that initial meeting than the jamboree that the G20s in Washington, London and Pittsburgh became.

True – finance ministers meeting alone tend to be much less exciting affairs than when the “big bosses” join them – but the idea of once again quietly meeting to hash out the economic issues privately, quietly and without the entire world watching still has merit.

So for instance, at Iqaluit the European Union members (Germany, France, UK and Italy) told the others quite clearly that they will handle the financial problems of Greece, Portugal and Spain. As the French minister Christine Lagarde said, “We will monitor and make sure the Greek plan is managed”. In other words – hands off! If there are any bailouts, the EU will deal with them….not that anyone is honest enough to admit that yet.

Should we be worried that the G7 ministers headed off to the wilds to plan and plot revolution in the financial world? Not really. There is only so much damage that seven ministers can do at once and their ability to agree on anything more than banalities is rare. Getting ministers to agree that sustainable economic growth is desirable is a bit like agreeing that muggers and murderers should be locked up. Only a lunatic will disagree. But the fact that every now and then they do meet to thrash out that concept can only be to the good.

So what about the G20 then? Surely Pittsburgh decided that this larger grouping was the preferred option. I am one of those who is highly sceptical of the G20 being anything like an efficient process for discussing and resolving the economic issues in anything less than a crisis. There are simply too many different parties, politics and personalities around the table to get anything done.

What we saw at this weekend’s G7 was a quiet reaffirmation that friends will still meet with friends. Countries having shared political, ideological and democratic philosophies will invariably find comfort in each other.

Having now held a G7 well on the way to the North Pole…it will be interesting to see just where the next little tete-a-tete takes place. Leave the grandstanding to the G20 Leaders. The G7 is a useful get together where the real talking gets done and preferably the further the way the better.

Richard Quest is a CNN correspondent based in London, host of the weekday one-hour program “Quest Means Business”. For program highlights and more, go to www.cnn.com/qmb 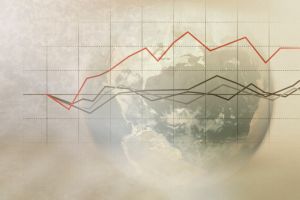